From the PBR to Your Pasture

As livestock owners have become more sophisticated in their understanding of livestock nutrition and nutrient requirements, supplements have become an increasingly popular management tool to help cattle better utilize their feed. Supplements provide an easy method for delivering protein, energy, minerals and vitamins to their cattle. Higher molasses prices and the option of non-molasses supplement blocks are giving stock contractors and cattle ranchers a reason to reevaluate the type of supplement they use.

One non-molasses option, SweetPro made from condensed distillers solubles, which are higher in protein and fat than molasses, but lack the sugars that can drive down rumen pH. A university study compared various factors for cow-calf herds feeding on forage and hay, versus herds on forage and hay plus supplements. The molasses-based supplement cost about the same per pound, and in this study, the supplement from SweetPro outscored the molasses blocks with significantly lower consumption and better herd performance.

But what do the livestock owners say?

6 Time PBR Stock Contractor of the Year, Chad Berger from Mandan, ND switched over to SweetPro for his bulls last summer and he likes what he sees.

“I can really tell the difference on the performance and condition of my bulls since I’ve been using it,” Berger said. “What I really like about it is that it really keeps my bulls healthy. They really muscle up on it. Keeps them fresh and their stomachs working well and they travel better.” 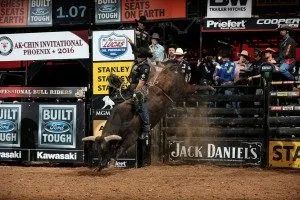 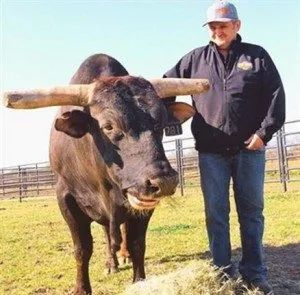 For another multi-year PBR Stock Contractor Year and owner to the last 2 PBR Bulls of the Year (SweetPro’s Long John 2015 and SweetPro’s Bruiser 2016), H.D. Page, it was the dramatic turnaround in conception rates for his cows that sold him on SweetPro.

“We went from the worst year ever, to the best year we’d ever had,” Page said. “With the heat and dryness, we just couldn’t get the cows to cycle. We went from conception rates of 65-70% to 97% bred in a single year. The only thing we changed in our program was adding SweetPro blocks.” 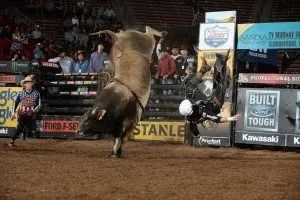 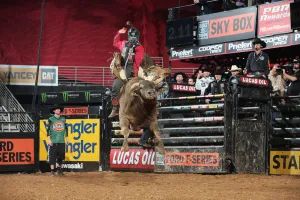 “It really helps them utilize their feed. Instead of 25 pounds of grain, we are seeing the same results with only 10 pounds per bull,” said Page. “We don’t want them big, but want to see them fit and well muscled.” He noted that by looking at bull’s manure, he can tell if they are eating SweetPro or not by how well the grain is broken down. “Particularly with corn, they just seem to be able to utilize it better.”

But supplements aren’t just for high powered performance animals. They can even help ranchers looking to manage the bottom line. 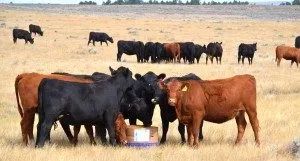 Don Herzog, who ranches near Rapelje, along with his sons Courtney and Ryan, had tried several different supplements before switching to SweetPro a few years back. On his operation, cows are typically wintered in open pasture with little hay, and using a supplement to allow the cattle to make the most of the winter grass. 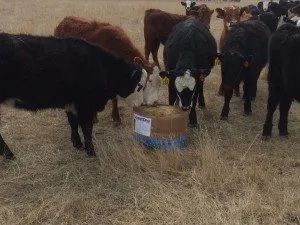 His son Courtney Herzog who ranches nearby expanded on their feeding program. “My brother Ryan and I had attended a Ranching for Profit school and we adapted pieces of their philosophy of minimal winter feeding for what we needed on our ranch. We had increased the size of our operation and needed to be able to do more with less work.” For the Herzogs, not spending all morning feeding hay was a key time saver.

Don particularly liked the results they were seeing using the non-molasses supplement with raising replacement heifers and Courtney agreed. “Breed back had been good, really good.” he said. 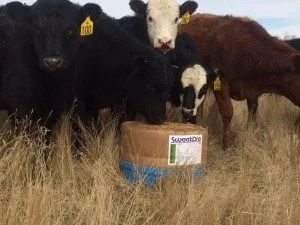 “We feed supplement to our yearling heifers, actually starting before they are weaned. They will say on it, year round, until after they calve as three year olds.” As Don put it, “It’s the toughest year of their lives. They are facing a lot of physical demands as they are still growing, feeding their first calf, and we are asking them to also re-breed.” The last two years he reported 99% and 97% bred on the three year olds, and believes their feeding program deserves some of the credit.

Another key aspect in choosing SweetPro was feed efficiency. “For us, it was a good selling point,” Courtney said. “Range conditions can make feed efficiency hard to quantify but we did our own field trial, and put the SweetPro up against what we were using at the time. At the end of the season, we liked what we were seeing with SweetPro.”

Don commented, “I’m not saying it will for everybody, but it’s worked very well for our operation. There are a lot of folks who graze off all their grass during the summer and feed hay all winter. We just think that’s too expensive.”

When asked about the role of supplement in his operation, Don said “It’s not the magic bullet, it’s a management tool that you have to use in conjunction with a lot of other things you are doing, but we wouldn’t be using it if it didn’t work well for us.”